A Sampler plays back actual recordings, referred to as samples, using modulations and synthesizer-like processings via a remote or native device. They use digital audio instead of a digitized synthetic signal and provide a plethora of parameters for modifying and shaping the inserted sample’s acoustic textures and qualities, which may then be played as any virtual instrument. Some samplers are good for creating pads and long sound effects, while others, such as phrase samplers or drum samplers, are better for one-shot effects like a kick or snare sound.

Samplers have synthesizer operations including LFOs, Glide, and ADSR controls, as well as effects like filters, compressors, and reverbs. Many samplers can store a large number of audio samples and play them all at once; for example, you can align two recordings of separate voices to belong to the same instrument, producing a single voice. Any audio recording can become an interesting fully-scaled musical instrument by including these types for controlling the character of a sound, independent of the recorded quality. 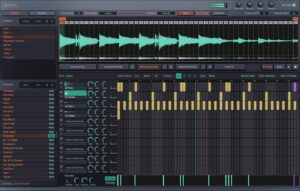 Initial Slice is a beat-making and loop-slicing plugin. Drag and drop audio loops to slice, loop, reverse, pitch adjust, or even extend them in time. Initial Slice also has many built-in piano rolls, allowing you to start creating sequences right away. There’s also a powerful drum sequencer, bass sequencer, playlist editor, four effect racks (each with 11 built-in effects), and a ton of high-quality content.

Over 300 loops and 300 beat starts, as well as over 160 drum samples, are included in Initial Slice. Initial Audio has created a demo beat for each loop in Initial Slice, which you can access by selecting the “Beat” button next to each preset in the library window. As a result, it’s an ideal plugin for producers looking for fresh content and ideas for their next big hit. Slice is a powerful tool for shaping, stretching, reversing, and modifying any recorded sample. Its main goal is to provide high-quality loops and beats.

The way the samples are processed in the plugin is fascinating. You can then add fade-in, fade-out, stretching, pitch shifting, formant shifting, and a noise gate to the entire signal by dragging and dropping samples. You can also keep the formants of a sample and loop or reverse them. The detuned, pitch-shifted, looped, and reversed elements of the sound can be detuned, looped, and reversed. In Initial Slice, there are three effects racks. In one of the three effects racks, you can choose from eleven different effects. Even though the effects are conventional for samplers, they are exceptionally rich in textures and quality.

The Slice Sequencer is an incredible tool that is crucial to the creative process. You can compose immediately in a built-in piano roll if you enable this option. This great and unusual option works flawlessly with any sample and provides an intuitive and simple-to-use piano roll.

A drum sequencer is also included in the plugin. The drum sequencer gives every producer the freedom and resources they need to intuitively build a drum pattern or sequence. With 10 slots for percussion samples, this function gives you complete control over the volume, pan, pitch, and reverb of each one. The option to add each of the slots to the sidechain is also rather appealing.

The Bass Sequencer includes a piano roll for melody production as well as a slot where you can drag and drop your bass sample. The slot features knobs for controlling the sample’s Gain, Pan, Pitch, Fine-tune, Threshold, and Release, as well as a helpful Side-Chain button that ducks the bass in relation to the drums when enabled.

Slice was created by Initial Audio to provide a precise service to producers and beatmakers looking to generate unique, colorful loops. Initial Audio’s revolutionary new plugin is effective for genres like hip hop and EDM since it provides fascinating patterns, parameters, and effects to help create the loop.

Initial Slice is a handy sampler for making original and fascinating loops. The plugin includes a Drum Sequencer feature that will intuitively assist anyone in creating outstanding drum patterns and sequences. In a piano roll display, you can experiment with different melodies and rhythms using a Bass Sequencer and Slice Sequencer.

Aside from the Sequencer features, Initial Slice has a fantastic interface with simple controls and effects that allow you to sculpt any sound with precision and speed. This is the Best Sampler VST Plugin in 2022. Vengeance Sound’s Phalanx is a sample player with a variety of drum and loop manipulation tools. It is part of the company’s Vengeance Producer Series (VPS), and it can create magic from nearly any other source material. Drum samplers like NI’s Battery and FXpansion’s Geist have more in common with Phalanx than multisampling instruments like NI’s Kontakt. Despite the fact that it is promoted as a drum and synth sampler, its features and capabilities are clearly tailored toward beat-making. It is, nevertheless, pretty capable in what it does, and it may give some devoted samplers a run for their money.

Each of Phalanx’s 16 sample pads can be routed to one of the plug-16 in’s outputs. Each pad can hold up to two samples, allowing for a total of 32 samples to be “live” in a single instance of the plug-in. Because Phalanx’s polyphony is limited to 256 notes, note-stealing is unlikely unless you load all of the pads and have them retrigger at the same time.

With pitch adjustments and low- and high-pass filtering, you may shape your samples in a variety of ways. In addition to a transient shaper and retrigger rate control, there is a “lo-fi” effect that combines bit-crushing with sample-rate reduction.

Phalanx is a strong and adaptable sampler that never gets too complex to use, according to users. It’s simple to produce outstanding results quickly because to the complete modulation matrix and uncomplicated approach. Drums and other sample content can also be used creatively thanks to the sound design features. Phalanx is a fantastic drum sampler that can also be used to create sound effects. Even if you already own a dedicated drum sampler, Phalanx’s sound shaping capabilities make it worthwhile to investigate as a source of unusual and musically useful sounds. This is the Best Sampler VST Plugins in 2022. Serato Sample is produced by Serato, a business best known for its popular DJ software. Sample is the company’s first foray into the sampler plug-in market, and it’s a product that might be just as innovative and forward-thinking as its DJ-focused offerings. Sample is a surprisingly strong plug-in that offers a wide range of sample management and editing capabilities. It allows users to quickly chop, transpose, and even locate samples in vast libraries. It also has a powerful time-stretch algorithm that veteran DAW users will recognize right away.

Serato’s own Pitch ‘n Time, which is still one of the most highly praised time-stretching algorithms around, is certainly Sample’s biggest selling feature. This feature makes Sample an outstanding sample syncing tool, allowing samples of varied tempos to seamlessly sync with one another. Pitch ‘n Time even allows you to locate the key of your samples and adjust it to a large extent with minimal artifacts.

Sample can choose up to 16 of the best samples from your audio material, or it can choose segments at random. The built-in pads can be used to further edit samples, or you can use your keyboard to play them chromatically. Sample appeals to people who aren’t looking for full-fledged sampler capabilities. Some of the plug-strongest in’s features are its chopping and pitching skills, and many users like how easy it is to find samples.

Serato Sample isn’t a typical sampler in that it can’t play several tracks from multi-gigabyte libraries. It’s tough to beat for an easy-to-use and exciting solution that can give fresh life to your stale, old samples. This is the Best Sampler VST Plugin for DJ in 2022. 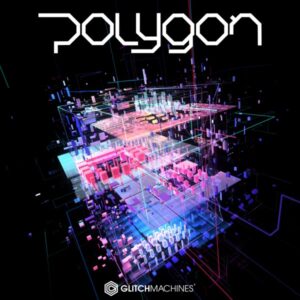 Polygon 2 has a newly redesigned scalable user interface, and practically every component of the plugin has been entirely overhauled. Polygon’s new granular mode will take your samples to new heights, and its intuitive interface, comprehensive modulation choices, and powerful new dual oscillator make it an indispensable instrument for music production and sound design. Polygon 2.0 is a powerful new sound sculpting tool for sound designers and musicians.

With its superbly crafted algorithms, Polygon 2’s Granular Mode will add dimension and color. When processed by Glitchmachines’ unique technological Granular Engine with a modern twin oscillator, every sample will be drastically transformed while yet retaining natural textures and organic components.

When the granular mode is enabled, various granular synthesis options are available, including timbre textures and sonic characteristics in the grains. When you give this mode to him, he will be able to choose between Rectangular, Triangular, and Hanning windows, varying the level of aggression. This segment also includes a Grain Chaos parameter. It’s an intriguing tool for defining specified quantities of variation on the granular level’s size, pitch, and space.

Polygon 2.0’s modulation portion is fascinating. This section is ideal for any experimenting or sound design technique, with four mod sequencers, eight LFOS, and other mod utilities. An outstanding Randomizer panel is featured in the Modulation Section, which separates the plugin’s parameters for either a broad or limited randomizing setting selected by yourself while activated.

You can insert any audio files into the sampler modules, which are divided into four portions. You can load his samples in the Modules area and create a substantial number of parameters, in addition to the various presets. The plugin will play the sample chromatically if chromatic mode is enabled. If you choose the reverse playback option, it can also reverse itself. Amp, Coarse, Fine, Pan, Attack, and Release are just a few of the sound creation settings available in each of the four samples. Some settings and oscillators can be tweaked using the loaded samples, allowing them to track a standard pitch.

The Polygon 2 sampler is an improved version of the well-known Polygon sampler. For any producer or sound designer looking for distinctive and complicated sound effects or instrumental tones, this updated version offers a vast array of options. The Granular Engine’s easy-to-use controls and in-depth settings stand out among its many fascinating features. The Recycle Sampler from Reason Studios has been around for quite some time. It’s been built to work in tandem with Reason, the company’s own DAW, and the Dr. Octo REX Loop Player. This add-on is a must-have for Reason users who want to get the most out of their samples. In essence, you can import any loop into Recycle 2.2 and it will analyze its transients automatically. It then divides the loop into “slices” that can be stretched to any pace without compromising the pitch or sound quality.

The redesigned interface has been praised by users since the release of ReCycle 2.2. Reviewers have also praised the ability to alter loops, and this work is made simple. Most people prefer ReCycle to other tools like Audacity when it comes to “chopping up” audio.

The ReCycle Sampler from Reason Studios can bring your loops to life! There aren’t many pieces of software that provide such a flawless method to “slicing,” and none of them work with Reason. If you want to get the most out of your Dr. Octo REX Loop Player, you’ll need this add-on. Although it’s compatible with any DAW, Reason users will benefit the most!