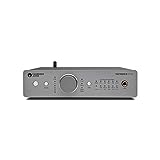 If you’ve spent a lot of money on a set of high-end headphones, a dedicated headphone amplifier will make them sound considerably better than if you just connect them into a computer, phone, or even a hi-fi component, depending on the quality of the built-in headphone amp. A headphone amp is a device that sits between your source/amplifier and a set of headphones, and it can serve as the foundation of a small but powerful desktop hi-fi system.

Size, build quality, audio quality and portability are other important factors to consider. Some of the items listed below can easily fit into a pants pocket and, with the correct cables and connectors, can even be used to connect to a smartphone. Other models may require you to clear your desk. Decide whether you’ll use your headphones when out and about or only at home. We’ve compiled a list of the best headphone amplifiers available, including budget, mid-range, and high-end models. 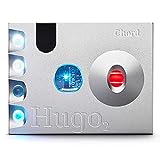 Hugo 2 is one of the best dac amp combo. It’s just about small enough to carry around with you (though it has its own built-in battery), but it’s a little too big to fit in a pocket. As a result, it’s not ideal for listening on the go. It’s also not always the most intuitive device to use, thanks to its complicated system of colored lights. Oh, and it’s also pricey.

So, what does it have to do with this list? For you, two words: sound quality. It’s tough to criticize Hugo 2’s conversion and delivery of digital audio files. Hugo 2 can handle not only high-resolution files, but also lower-resolution ones, and it delivers a detailed, dynamic, and punchy performance no matter what you give it. There are numerous inputs to choose from, as well as aptX Bluetooth. If you can get beyond its odd appearance, you’ll be rewarded with a richly detailed, energetic, and punchy performance. This is one of the best headphone amps in 2023. 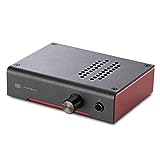 On the surface, the Schiit Magni Heresy is the best headphone amp. With a smooth surface and limited controls, it has a laid-back design that helps it appear as unassuming as possible. The Magni Heresy, on the other hand, contains one of the best headphone amplifiers on the market. Despite its apparent simplicity, many pros consider it to be one of the best elements of their arsenal.

The Magni Heresy can be used as a preamp or a headphone amp, depending on your sound system. According to Schiit, their amp “raises the bar even higher,” boasting about its exceptional output power for its pricing class. This is a wonderful component to add to your audio setup today because of its clean performance. For added value and security, it also comes with a two-year limited warranty. This is one of the best portable headphone amp in 2023.

Do you want a headphone amplifier that is a little more stylized than the basic options? If that’s the case, the iFi ZEN CAN has a distinctive appearance that stands out from the rest of your sound system, providing vitality to your stack. However, there’s more going on here than just aesthetics. To match your score, superior engineering provides startlingly low distortion and noise via a dedicated input stage.

You can also expect to get the most out of your preferred headphones. From the softest vocals to the most thunderous percussion, the ZEN CAN will help you experience the dynamic range of your headphones. The characteristic analog signal processing creates an immersive soundstage without the need for a full sound system.

The iFi ZEN CAN is, in general, one of the top selections on this list. It is, however, one of the most expensive items on the list. Users that are familiar with headphone amplifiers will most likely get the most out of this choice. However, if you’re just getting started with audiophilia, there may be more appealing solutions.

Although it isn’t inexpensive, Audioquest’s newest Dragonfly is a fantastic performer. The award-winning Cobalt enhances the already exceptional Red by providing even more clarity and acoustic precision. Because of its exceptional transparency, the Cobalt discloses flaws in the source and recordings that other members of the family do not, therefore you may have to view lower-quality recordings. But give it a solid signal, and it’ll give Chord’s formidable Mojo a run for its money — something not many headphone amplifiers can say.

Many of the features, such as the 2.1v headphone output options, bit-perfect digital volume control, and MQA renderer, are shared with the multi-award-winning DragonFly Red. However, there are numerous improvements, such as a more modern DAC chip that produces a better, more natural sound, and a new CPU that boosts processing speed by 33%. Additionally, better power supply filtering (improving tolerance to wi-fi, Bluetooth, and cellular noise), a 10% smaller enclosure, and a DragonTail USB-A (female) to USB-C (male) adaptor are included for use with the rising variety of products with USB-C connectivity. 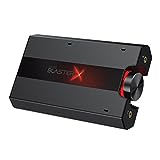 This amplifier has everything you need to start listening to sound signature right away, including native 7.1 surround sound capability and immersive 3D PC gaming audio. This “audiophile-grade” amplifier, according to Creative, has the best-in-class console gaming audio. It also works with Windows and Mac computers, as well as the PS4 and a variety of other consoles.

The Sound BlasterX is best described as “standard.” It essentially accomplishes what you need without being overly complicated. This headphone amplifier is exceptionally easy to operate, even in the dark, thanks to its lighted volume controls and volume indication.

The DacMagic 200M is a no-brainer if you’re searching for a DAC that packs all sorts of essential functionality into an appealing and acoustically astute package, especially at this pricing.

The tube headphone amplifier well-equipped enough to fit into any hi-fi or desktop setup with ease. A variety of digital inputs accommodate a variety of sources, and aptX Bluetooth is also included. Add in balanced and unbalanced outputs, as well as a headphone output and high-resolution audio support, and you’ve pretty much covered all the basics. It has that distinct ‘Cambridge’ sound, which consists of a full, silky tone paired with an open, expressive, and authoritative delivery. At your peril, ignore this gifted all-rounder.