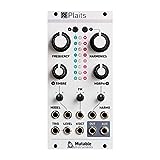 Eurorack modular’s ever-changing environment is not for the faint of heart. The steady rush of new releases can blind even the most seasoned user. Who can blame them for not knowing which are the greatest Eurorack modules when there are so many variations on the same fundamental module types? For modular synthesizers, Eurorack has been the most popular hardware format. Eurorack’s popularity has resulted in a plethora of module options and manufacturers flooding the market. Eurorack modules are available from a wide range of companies, and many even provide DIY kits.

There’s a lot to sort through when it comes to understanding which brands to search for in Eurorack. There are a lot of Best Eurorack Modules brands that come in and out of the market in a short amount of time. Others, on the other hand, have secured their place as leaders in this popular but niche modular synthesis environment.

The Blackhole 2 DSP, based on the same Spin FV1 processor as Tiptop’s Z-DSP, is an improved version of Erica Synth’s outstanding stereo multi FX module. The 24 bespoke effects (eight more than the original) are largely reverbs and delays, with Chorus, Flanger, Phaser, and a few more effects thrown in for good measure. The sound has a lot of personality and is best described as having a 90s vibe. The Crush setting cuts the bit-rate of the processor chip directly to dial in even more grit. For convenience of switching in a live situation, all settings can now be saved with each patch without worry of power consumption.

Erica Synths Black Hole DSP 2 has a total of 9 delay types, ranging from a dual delay to a lowpass delay to more experimental delays like the hellraiser and granular delay. Each other has its own set of advantages and disadvantages. The fact that the synth modules don’t go as far as reverbs is striking, but you can achieve this by adding the crush parameter to the signal new workout. By lowering the global effect’s sample rate, you can achieve some vintage-style tape echo effects that border on reverb. It’s important to note that the sound quality changes when you exit the clean domain and enter the dirty one modulation sources.

The width of the interface of the eurorack system has altered. Because it now has more control settings than the previous 14HP DSP 1 version, it now has 16HP. Three new parameters (PARAM3, CRUSH CV LVL, IN LEVEL) and a CRUSH control, formerly known as the Rate knob, are included in Black Hole DSP 2. You may still modify the sample rate of the entire engine with this one. Nobody knows why the parameter was renamed. Maybe it’s because it sounds better with a different name, or maybe it’s because it crushes when you turn it all the way up. This is one of the Best Eurorack Module in 2022.

Strymon effects pedals have been used by synthesizers all over the world for their enormous sound design possibilities, and now the Magneto Eurorack module can add an ultra-powerful delay effects powerhouse to your modular setup. Magneto, as its name suggests, offers a world of magnetic tape delay effects, but that’s just the beginning. Spring reverb, looping, frequency modulation, phrase sampling, endless echo, clock division and multiplication, and more are all included in this module, which is typical of Strymon. With the Strymon Magneto Eurorack effects module, even a simple monophonic line can become a whole symphony.

The Strymon Magneto module has four virtual playback heads for highly rhythmic delay effects, as well as three stereo head panning settings for exceptionally spacious effects. And delay effects are only the beginning: you can also add chorus and flanging effects, as well as reverb and resonator effects. Magneto’s three operational modes — Echo, Sound On Sound Looper, and Phrase Sampler — give your Eurorack modular setup a lot of creative potential.

The Strymon Magneto module, in addition to delay effects, has a lot of potential for your Eurorack modular synthesizer. It features four independent clock outputs and can be used as a phase-aligned clock multiplier/divider. It can be used as a standalone oscillator or as a zero-latency sub-oscillator led by an external oscillator module. CV patchability and sampling capabilities are substantial. This is one of the Best Eurorack Modules in 2022. 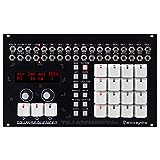 Erica Synths Drum Sequencer is billed as the “ultimate solution” for rhythm sequencing like a drum machine. With a traditional 909-style button interface, it’s aimed firmly at the house and techno producer. It’s a huge module, with 42HP, and it’s clear Erica Synths prioritized playability over mobility. It does, however, come with a lot of features, including 16 outputs and 14 accents for drums. It has a separate CV and Gate for a Bass Synth, as well as Swing, Probability, Mute/Solo, and Pattern linking, and it does so in style.

The Drum Sequencer is a simple to use, live performance oriented sequencer module in the original X0X style that gives you complete control over your system oscillator modules. Erica Synths Drum Sequencer might be the only modular sequencer you’ll ever need to buy for drums and basslines!

Mutable Instruments has redesigned both hardware and software with Plaits, its successor to the famous Braids, to make it more streamlined and fun. The eight pitched sound synthesis models provide lots of variety: all killer, no filler! A digitally modelled low-pass gate can be utilized to shape not just the audio output, but also the internal modulation of two timbre controls and FM, resulting in a complete synth voice in only 12HP. The additional eight noise and percussion variants make this a diverse sound source that will fit into your system as it evolves.

A granular sawtooth with variable grain density and eight levels of particle noise are included in the noise and percussion models. There are also analog kick, snare, and high-hat emulations included. In the form of a dedicated CV input for model selection, internal and external modulations are possible. The timbre, FM, and morph CV inputs are all given texture by an onboard decay envelope. 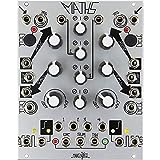 Make Noise’s Maths is frequently referred to as a Swiss Army knife for Eurorack drum machine style. It’s essentially a pair of very fast AD voltage driven envelopes or a pair of slow-running LFOs that can run for up to 26 minutes every cycle! But there’s a reason Math is termed a function generator; the amount of diverse roles it can perform is enormous, and it’s unrivaled as a gateway to understanding the depths of modular synthesis. Get one and learn how to use it properly.

This module is referred to as a function generator by Make Noise, and it is just that. It has a lot of features and is a great way to get started with modularity. A pair of voltage-controlled envelopes and two LFOs are included in the module. It’s a lovely slow LFO, with cycles ranging from 25 minutes to 1 kHz. Voltages can then be controlled using techniques like lag, slew, and portamento.

Maths may regulate up to four signals at the same time, allowing for some extremely complicated modulations. It can also modify the modulation’s depth and direction. Things like adjusting the speed and note divisions can be handled on command in basic musical terminology. To summarize, math is a ensemble oscillator. On the one hand, it’s easy to use and accomplishes everything in a clear manner. However, because it handles so many things, it takes some time to get your head around the workflow.

It’s like the ultimate controller; it gathers all of your essentials and places them in one convenient location. It’s the best function generator accessible, and it’s a fantastic learning tool.

Mutable Instruments creates some very exceptional modules. Stages is a multi-functional six-stage envelope generator with CV control over each section. That means you can patch it up in a variety of ways. It can be used as a six-stage envelope, six separate envelopes, or any combination of the six. This envelope module can be as complex or as basic as you require. If you require more than six segments, you can chain up to six modules together – talk about a complicated envelope.

Ramp, Hold, and Step are the three distinct segment kinds. The time it takes for ramp segments to transition from one voltage to the next is governed by CV control. Although hold segments can still be CV controlled, they remain constant for a defined amount of time. Finally, Step segments move from one voltage to the programmed target voltage and stay there for the duration of the program.

The ability to loop a segment or many segments is an attractive feature of the Stages module. The way it functions is determined by the loop’s segments. If the last part, for example, is in a loop, it will play indefinitely. If the last segment is not included in the loop, the loop will play while the gate is raised before moving on. Single segments have some unique processing characteristics of their own. Ramp segments can be used as a tempo-synced LFO, Hold can be used as a pulse generator, and Step can be used to sample and hold.

The best part about this module is that all six segments can be used in a variety of ways. It can be used as a simple envelope, a 3+3 segment combination, or all six segments together as a complicated envelope. Furthermore, the loop feature makes it incredibly melodious and suitable for performance. Overall, because Mutable Instruments created it with performance in mind, it’s the best envelope generator module. 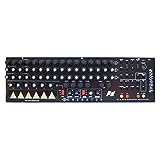 Generator is a high-quality, small step sequencer. Its USP is that it is a sequencer that can be played. You don’t merely start a sequence and let it run indefinitely. Using the real-time touch pads, the UI is meant to make changing the beat and getting alternative sequences playing simple, entertaining, and intuitive.

The signals on the Generator can be re-patched using CV leads or the pre-configured switches. Generator is incredibly simple to connect to analogue synthesizers, Eurorack, and other analogue gear. Using MIDI note 60, syncing to a DAW is simple and reliable. The sequencer will step if you play that note. There were no multi-button menus pressed. WYSIWYG (What You See Is What You Get) control on the front panel.