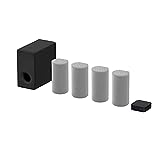 Sony has a large assortment of soundbars in a variety of pricing ranges, so you’ll have no trouble finding one that fits your needs. Sony soundbars are generally well-built but average in overall sound performance, despite the wide range of possible capabilities. When compared to Samsung soundbars, Sony’s performance isn’t as well-rounded. Some models may also have difficulty producing a deep, rumbling bass that is suited for movies or music. Because most Sony soundbars lack bass and treble controls, the basic preset EQ that replaces them may be insufficient for some users. These soundbars are ideal for dialogue-heavy content and should be sufficient for everyday use.

In 2023, Sony announced the HT-A7000 with Speakers + Bass Module, a premium 7.1.2 system. Sony’s Vertical Surround Engine and S-Force Pro Front Surround technologies are included in the bar, according to the manufacturer, for a more immersive listening experience. The SA-SW5 subwoofer contributes to a more thumpy low-bass reproduction than the solitary bar. It has a fairly balanced frequency response, albeit vocalists and lead instruments can sound muddy. However, it lacks several sound modification capabilities, such as a graphic EQ or bass and treble tweaks, when compared to other premium versions.

Both the SA-SW5 and the SA-SW3 subwoofers are compatible with the standalone Sony HT-A7000. Our findings apply only to the SA-SW5 subwoofer. We can determine that this is a 7.1.2 setup because the dedicated subwoofer and integrated subwoofer work together rather than separately through different channels.

The Sony HT-A7000 with Speakers + SW5 Bass Module is suitable for a variety of applications. The Sound Field Optimization room correction tool in this setup optimizes audio reproduction based on the acoustics of your room. Although vocalists and lead instruments can be muddy and muted, it has a very neutral sound profile that is adequate for most audio content. It features a good surround sound system and can play Dolby Atmos content. There aren’t many sound customization choices, save from adjusting the subwoofer volume. This is the Best Sony Soundbar in 2023.

The Sony HT-A9 with Bass Module is a 4.1.4 system with a distinctive design. The 360 Spatial Sound Mapping technology from the manufacturer produces a superb soundstage, making your music seem to fill the room around you. The SA-SW5 subwoofer also contributes to a more prolonged low-bass reproduction. Its sound profile is a little muddy with its Sound Field Optimization option turned on, so vocalists and lead instruments seem a little thin. However, it has one of the best Atmos performances of any soundbar we’ve tried. Both the SA-SW5 and the SA-SW3 subwoofers are compatible with the standalone Sony HT-A9. Our findings apply only to the SA-SW5 subwoofer.

For movies, the Sony HT-A9 with Bass Module is adequate. Its 360 Spatial Sound Mapping technology creates a soundstage that is exceptionally wide and immersive. It supports Dolby Atmos content and has separate surround speakers that correctly pinpoint sound objects in the soundstage. You can also use the Immersive AE function to activate the up-firing speakers for a more immersive experience. However, it appears to lack a hint of low bass, so you might not hear as much rumble in action-packed moments. This is the Best Sony Soundbars in 2023.

In 2023, Sony produced the HT-A5000, a standalone 5.1.2 setup. It isn’t as well-made as the Sony HT-A7000, and its soundstage performance isn’t as good. It does, however, have Sony’s Virtual Surround Engine and S-Force Pro Front Surround technologies, as well as Sound Field Optimization technology, which optimizes audio reproduction based on the room you’re listening in. You may use your TV to access this feature, which some users may find more convenient than using an app or a remote to control the bar. Its neutral, somewhat U-shaped sound profile works well with a wide range of audio formats. However, for such a high-end device, there is a disappointing dearth of sound customizing options.

The Sony HT-A5000 soundbar is suitable for a variety of applications. This soundbar includes Sound Field Optimization, which enhances music performance based on the acoustics of your room. It offers a very neutral, though slightly U-shaped sound profile with boom in the bass and brightness in the treble with this function and its Vertical Surround Engine feature turned on. It supports Dolby Atmos material and is appropriate for listening to a wide range of audio formats. Unfortunately, there is just a small number of sound customization options available. 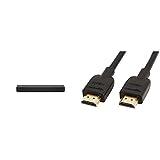 The Sony HT-S200F is a good-sounding soundbar with a little less bass than the Sony HT-S100F. It performs similarly to the Sony HT-S100F. On the plus side, it comes with an integrated subwoofer, which improves the bass performance, particularly the low-frequency extension. This soundbar offers a fairly neutral, if slightly muddy, sound profile, but it does a fantastic job reproducing voices. Unfortunately, because to its small size, it is quieter than the HT-S100F, and its soundstage is also somewhat narrow and has no voice assistant. It doesn’t support DTS, doesn’t have height channels, and doesn’t support Atmos. On the plus side, when pushed to its maximum volume, the S200F performs admirably.

For combined use, it’s fine. The Sony S200F has a sound profile that is very balanced yet slightly muddy, making it better suited for dialogue-oriented entertainment. Despite having an integrated subwoofer, it lacks bass and has problems replicating the deep rumble and punch of bass, as well as having a fairly limited soundstage. On the plus side, it can get quite loud, so most people should be fine. It also operates admirably at maximum volume, and the overall build quality is good. This bar, however, will not provide an immersive movie listening experience because it lacks a height channel and does not support Atmos content.

The Sony HT-Z9F is a fantastic 3.1 soundbar arrangement with a dedicated center speaker that performs a wonderful job with dialogue. It has a wireless subwoofer that adds to the thump whether watching action movies or listening to bass-heavy music. While this soundbar is Atmos-compatible, it lacks upward-firing or satellite speakers and instead relies on Sony’s S Force and Vertical Sound technology to recreate an Atmos sound experience. On the plus side, it features two Full HDMI inputs that support all audio formats, as well as built-in Bluetooth, Wi-Fi, and Chromecast for wireless music listening.

The Sony HT-Z9F is an excellent soundbar for a variety of applications. Thanks to its dedicated center channel, this 3.1 arrangement performs an excellent job of replicating dialogue, so you should have no trouble hearing speaking over the background music and sound effects. It boasts good bass response thanks to its dedicated wireless subwoofer, making it a good choice for movies as well. Unfortunately, while this soundbar supports Atmos, the soundstage isn’t very open, and all objects sound as if they’re coming from directly in front of you due to the lack of satellites or upward-firing speakers.

The Sony HT-G700 is a 2020 soundbar with 3.1 channels. Its HDMI ARC and Full HDMI In connections can support all standard audio formats, and if you prefer to watch movies, it can also play Dolby Atmos content, albeit it must be downmixed into stereo. Despite the fact that it has a very boomy sound profile, it features seven EQ presets that can improve your audio experience depending on the type of content you listen to. It can also go rather loud, but at maximum volume, there’s a lot of thumping and compression, which is frustrating.

For dialogue and TV shows, the Sony HT-G700 is a solid choice. Despite having a boomy sound profile, it is nonetheless capable of producing voices that are clear and accurate. It has considerable volume to fill a large room or a busy area, and it also has a dialogue enhancement option to make speech clearer. You may also broadcast your favorite podcasts or audiobooks to the bar via Bluetooth.

In 2019, Sony announced the HT-S350, a basic 2.1 setup. It has Sony’s S-Force Pro Front Surround technology, which claims to simulate a realistic surround sound experience without the use of specialized rear speakers. While this feature works well with surround content such as movies, it isn’t suitable for stereo content such as music and television shows. You won’t be able to disable this feature either. Its sound profile can effectively reproduce voices, however the audio is dark and muddy. There aren’t many sound modification options, such as bass and treble changes, available.

For dialogue-heavy content like TV shows, the Sony HT-S350 is adequate. Its balanced mid-range reproduces voices fairly well, however they can sound a little dark at times. There’s also a TV EQ preset that works as a dialogue enhancer. Voices aren’t linked to a specific spot in the soundstage because there isn’t a discrete center channel.

The Sony HT-X8500 soundbar is a 2.1 system that was released in 2019. To save space, this freestanding soundbar has dual subwoofers built into the bar, and it employs Sony’s S-Force Pro Front Surround technology to help create a more immersive sound. It supports Atmos and DTS:X content, unlike many other 2.1 setups, and its Vertical Surround Engine technology helps reproduce a broader, more theatrical sound. It has a boxy and gloomy sound, but vocals are effectively reproduced, making it a good choice for soap operas and audiobooks.

For mixed use, the Sony HTX8500 is adequate. Although the sound profile of this new sony soundbar is boxy and rather dull, it can nonetheless faithfully reproduce vocalists and lead instruments. With bass-heavy music or action-heavy movies, you don’t feel the rumble in the low-bass despite the bar’s dual subwoofers. It supports Atmos content, unlike many other 2.1 configurations, however its performance isn’t the best.