In the late 1960s, Jamaica was the birthplace of reggae music. It was influenced by jazz, r&b, and mento music, a type of traditional Jamaican folk music. Reggae music is known for its warm tones produced by the use of tape and its unpredictable sound effects produced by analog effects gear.

Following Bob Marley’s popularity, reggae gained worldwide recognition in the 1970s and established itself as a musical genre with a distinct identity. Reggae has developed a reputation as the music of the oppressed because it frequently addresses themes pertaining to political and social difficulties. Although closely associated with the Rastafari movement, which was itself born in Jamaica, reggae is not detachable from it and is even disapproved of by some of its adherents. As reggae has expanded internationally, it is currently performed by groups from various ethnic backgrounds, sung in many different languages, and divided into various sub-genres. This music was designated as a part of the human race’s intangible heritage by UNESCO in 2018. 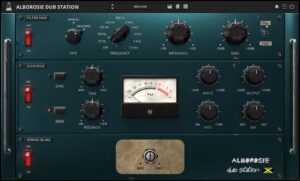 Intentionally designed to complement reggae music, Alborosie Dub Station. The original filter, echoes, and spring reverb used and adjusted by the renowned Reggae music pioneer “King Tubby,” also known as Osbourne Ruddock, were painstakingly studied and recreated by AudioThing. Ruddock used these techniques to produce a genre-appropriate sound during the heyday of reggae.

At the very top of Alborosie Dub Station is the filter man effect. It is based on King Tubby’s infamous “Big Knob” from the 1970s. It has 11 frequency steps and is a passive high-pass filter. You have a knob to pick the frequency step, the filter’s impedance, and then the gain. You can choose between the original and the more controlled measured filters.

King Tubby used the renowned MCI 2 tape to record and produce the tape delay effects that have come to be associated with reggae music. Echowuk is based on this tape. To develop Echowuk, AudioThing examined the tape that was kept in Tubby’s studio in Waterhouse Kingston. It is perfect for many musical genres because you can either run it unrestrictedly for a genuine Reggae vibe or sync it to your DAW. The usual input and output settings are provided, along with a hiss control for introducing noise, a dry/wet knob for parallel processing, and of course, feedback and time controls.

The modified Fairchild Spring Reverb that Tubby utilized in his studio in Waterhouse Kingston served as the inspiration for Spring Bling. It includes a single knob to change the effect’s amplitude and features the recognizable spring reverb sound that you would associate with King Tubby albums. Reggae and ska music sound precisely like you would expect them to.

The AudioThing Alborosie Dub Station is a fantastic multi-effects device. Due to the time and effort AudioThing invested in learning about King Tubby’s equipment, it can produce effects that accurately reproduce the vibe of early reggae music. An essential tool for every producer of reggae music. This is the Best Reggae Plugin in 2022. 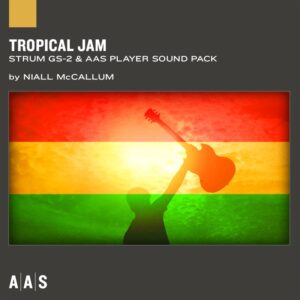 Featuring Tropical Jam, a Strum GS-2 sound set with a ton of laid-back grooves and a great vintage vibe, sound designer Niall McCallum welcomes you to your very own slice of strummed Caribbean paradise. This preset collection will make you fall in love with the spiraling sound of the spring reverb all over again. It includes sub-heavy muffled riffs, offbeat chords, delay-drenched stabs, and relaxing plucked melodies.

Tropical Jam features 12 styles, 84 guitar presets, and 84 strumming patterns playable with your own chord progressions, paying homage to the legends of reggae and dub like the heavily rhythmic finger-work of Sly & Robbie and Bob Marley & The Wailers to the booming sound system aesthetics of King Tubby and Lee ‘Scratch’ Perry. Grab your sunglasses and slow down the music. This is the Best Reggae VST Plugin in 2022. 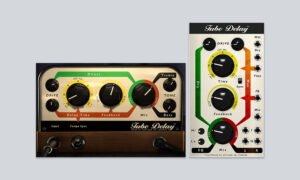 A delectable echo effect with three modeled tube stages that may be overdriven to transform from clean to rude. Create anything you want, such as genuine room echoes, rockabilly-style slapbacks, or extreme dub reggae echo craziness. A little warped and black delay has a way of adding a fantastic sense of size and distance to a mix without actually standing out. This is when our Tube Delay comes into play.

The settings are quite intuitive, but what really distinguishes Tube Delay from other delays you may have tried is the sound. The tone settings are excellent, and the drive knobs provide a fantastically nasty distortion. This model contains three separate tube stages, each of which improves the overall sound. The tone controls increase the distortion further because they are passive. You may experience true dub echo crazy by turning up the feedback while running! Naturally, we also gave your song the option of having the delay synced to the beat.