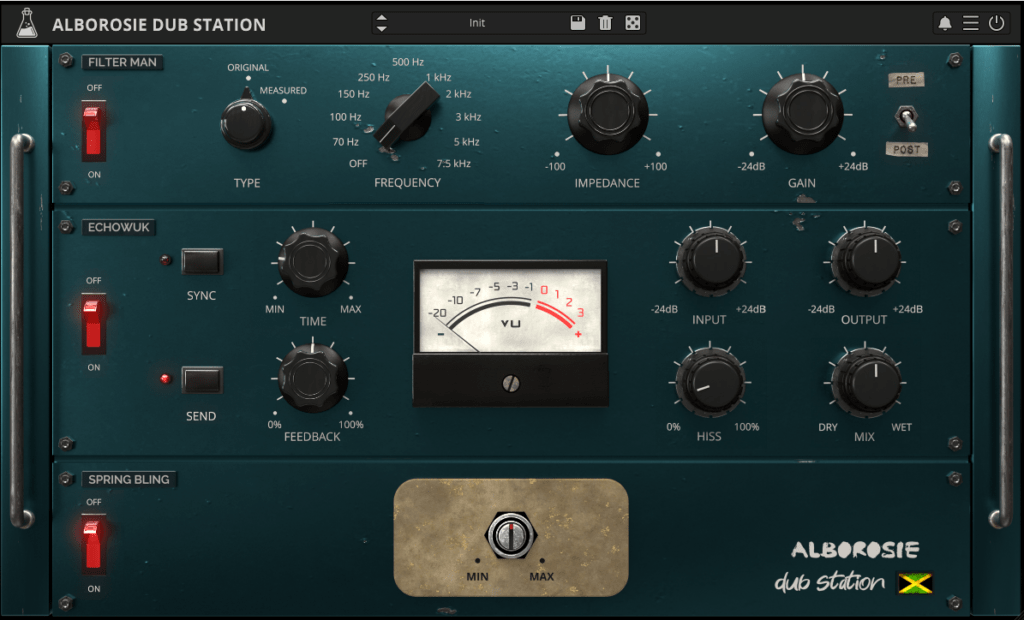 Alborosie Dub Station is an all-in-one Dub Station plugin from AudioThing. This was developed in partnership with producer Alborosie and is based on some of the vintage equipment utilised by renowned dub pioneer Osbourne Ruddock, also known as King Tubby. Alborosie, whose real name is Alberto D’Ascola, was born in Italy but now calls Jamaica home.

The Alborosie Dub Station was developed by AudioThing to produce a new effects tool in software that accurately replicates the sound of tape delays used in reggae music. To create the familiar tape delay sound, your audio or instrument tracks’ signal is first run via an MCI 2 emulator (Echowuk). Then comes a Fairchild Spring Reverb imitation, which naturally gives the sound greater depth and life (Spring Bling). The signal then flows via a filter unit (Filter Man), which has an eleven-step passive high-pass filter (70 Hz to 7.5 kHz). The filter portion in particular is a crucial component of the Jamaican reggae sound. 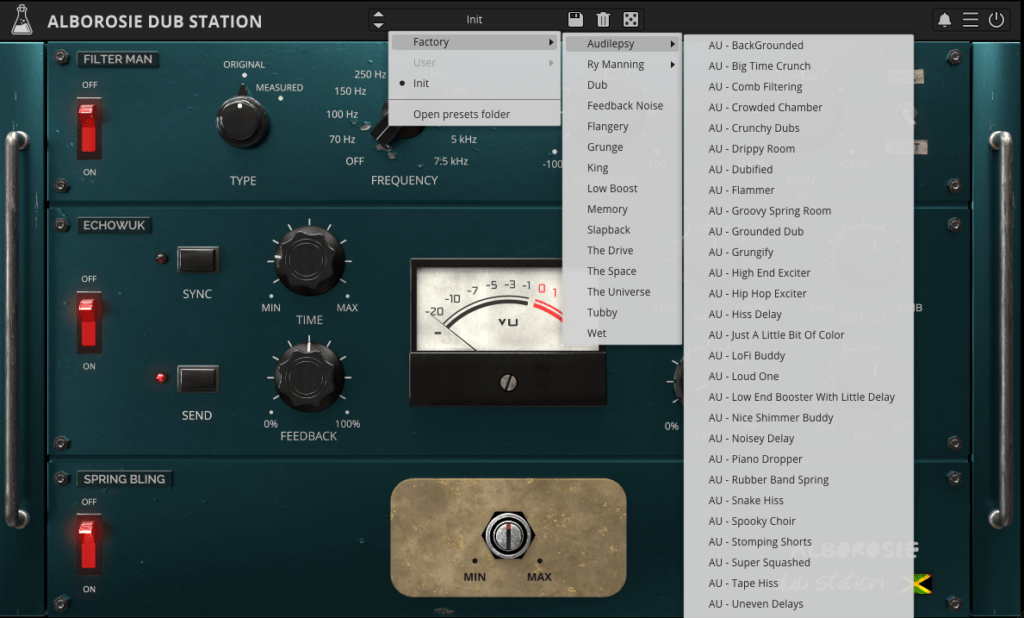 The plugin is composed of three components. While Echowuk is based on Tubby’s MCI 2-track tape recorder, which was used to create the echo effects you can hear in so many classic dub recordings, Filter Man replicates Tubby’s “Big Knob,” a passive high-pass filter with 11 frequency increments from 70Hz to 7.5KHz. The Spring Bling, a replica of Tubby’s modified Fairchild Spring Reverb, is the last effect.

The iconic producer, studio engineer, and father of dub reggae from the golden era of the 1970s, Osbourne Ruddock “King Tubby,” used the original filter, echos, and spring reverb, which the AudioThing team sampled, analysed, and painstakingly rebuilt. Alborosie Dub Station offers a really unique set of features, not just for Roots Reggae and dubby genres but also generally for “oldschool in the box” sound. 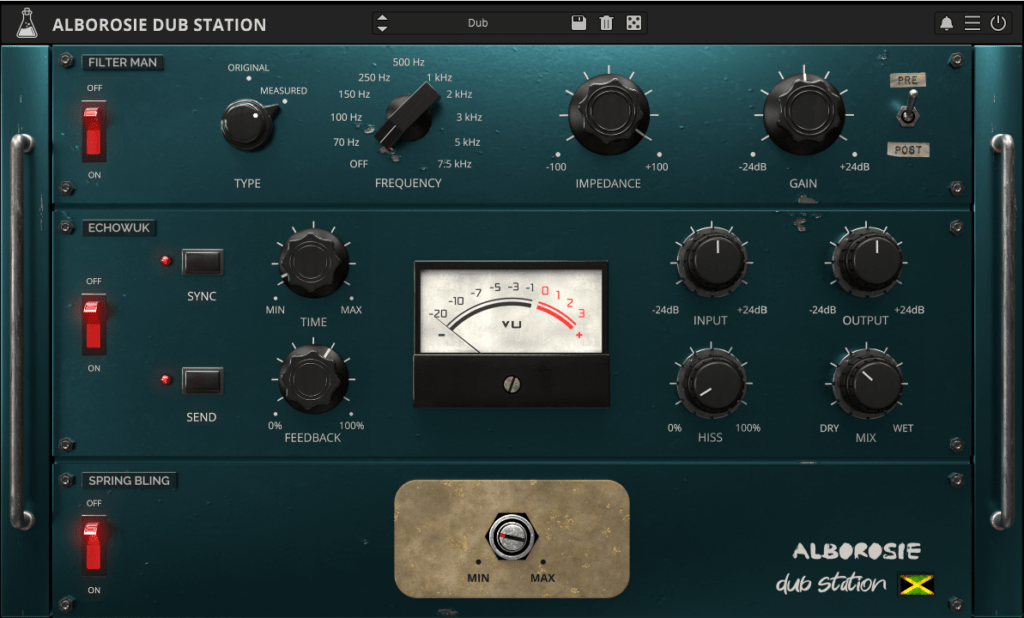 If your looking to add Dub, Reggae or new flavours to your mix, Alborosie Dub Station is worth a look.