A broad category of electronic music known as “downtempo” is distinguished by an ethereal tone and a slow-moving beat. The genre has given rise to other subgenres, including chillhop, trip-hop, and lo-fi. Trip-hop is a downtempo style primarily influenced by the Bristol area (relaxing hip hop).

In order to ease listeners into or out of a dance music atmosphere, downtempo music is frequently enjoyed on its own (typically in relaxation clubs) or used as a warm-up or cool-down in a DJ set. This style of music is closely related to atmospheric or ambient music that downplays the beat.

Massive Attack, Tricky, and Portishead, all from Bristol, started experimenting with a synthesis of hip hop and electronica (or electro music) in the late 1980s that focused on slowed-down beats and a psychedelic sound. The movement, subsequently known as “trip-hop,” is frequently seen as the start of the development of downtempo music.

Spectrasonics’ Omnisphere 2 synthesizer plugin is perhaps the most widely used one. There is really no need to introduce Omnisphere plugin. It is one of the synthesizers with the highest power and gives users a ton of control over their sounds. It is ideal for all levels of composers, music producers, and sound designers. It has a vast library of sounds that are divided into many categories, such as Organs, Pads, Strings, Guitars, Bass, and more. Music producer can change any sound they choose using a wide range of parameters after making their selection.

In earlier iterations of Omnisphere, Add Your Audio was absent. The ability to input your audio files to the sound engine and subsequently edit them using tools like granular synthesis, vowel-based filters, and the exclusive Innerspace FX is, however, possibly the most important feature. The sound match function is one feature that distinguishes Omnisphere 2 from its rivals. Users can upload their sounds using this tool included in the small browser, and this amazing feature will search the library for sounds with a similar tone.

In addition to the pre-existing collection that Omnisphere 2 includes, there are other other libraries created by numerous different developers that are offered online and give users access to a wider variety of sounds. The extraordinary variety of capabilities in Spectrasonics’ Omnisphere 2 set it apart from rival synthesizers. No other plugin has yet to match the variety and flexibility of Omnisphere, from its enormous sound library to the endless controllability possibilities it offers users.

The daring attempt to modernize reverb without using standard reverb algorithms is Baby Audio Crystalline. The end result is a reverb plugin that uses entirely new algorithms and fully utilizes current CPU power. Users of traditional reverb plugins are typically given the option to select from a variety of reverb reflections, such as those from a vast hall, a tiny room, etc. Differently than other products, Crystalline lets consumers choose the size, glitter, and width of the reflections.

For some users, this can seem like a hassle, but Crystalline’s Baby Audio’s great user interface more than makes up for it. The extensive user interface divides the controls into four sections: reflections, clean-up, depth, and shape. This plugin’s technology and methodology are completely original; neither resamples nor emulates any vintage reverb algorithms. This indicates that the reverb effect produced by this plugin is extremely potent and highly versatile and that it makes use of the latest CPU power.

The extensive preset library that comes with Baby Audio Crystalline contains effects specific to this plugin. Large preset libraries are extremely uncommon among reverb plugins. This distinguishes Crystalline a little from the opposition.

With Crystalline, Baby Audio established themselves as a pioneer. One of the very few contemporary reverb tools designed entirely from scratch, this plugin uses brand-new algorithms. It is one of the most adaptable reverb plugins available as a result. This is the Best Downtempo VST Plugin in 2022. 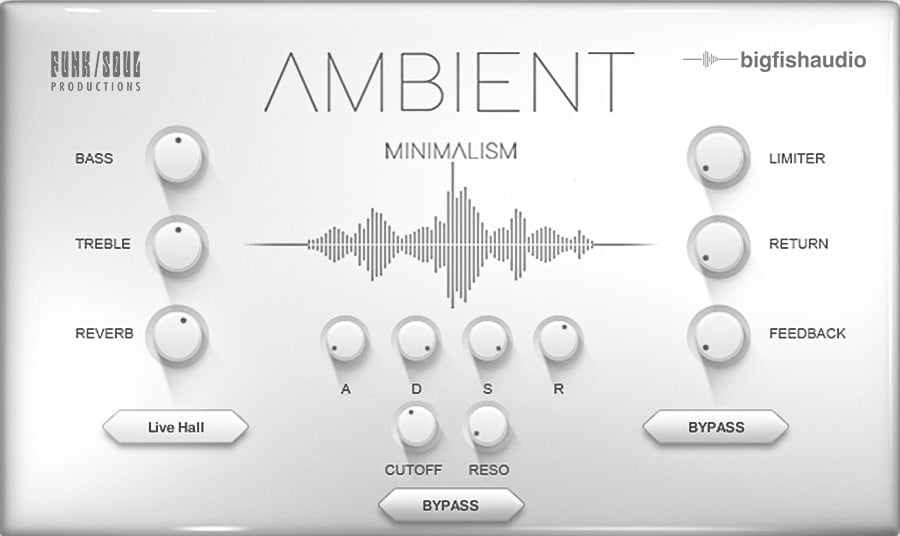 Composers, producers, and sound designers raved about this ambient sample library from Big Fish Audio, and for good reason. Create original and expressive ambient soundscapes, cinematic cues, and backing tracks quickly and easily with the help of the one-of-a-kind phrase and texture-based virtual instrument known as Ambient Minimalism. Each Ambient Minimalism instrument patch includes a variety of sounds, including vocal samples, custom-generated pads, fun guitar effects, and more, to provide you a wide choice of musical options and themes to work with.

There are numerous sounds in the Ambient Minimalism plugin. The fact that they are all well-recorded and in the same key allows users to combine whichever sounds they desire to make beautiful songs. Big Fish Audio Ambient Minimalism The Dark Side is an additional version of this plugin that is included. The sounds in this plugin’s dark mode are darker, more cinematic, and more theatrical. These include sinister horns, Wurlitzer, detuned glass, spooky pianos, and more.

In conclusion, this is another synth library created primarily to provide ambient sounds. The user friendly vocal samples are among the most exquisite, and the ambient pads are theatrical. Ambient Minimalism by Big Fish Audio is a great place to start if you’re just starting out in the field of ambient music composition without too much cpu usage.