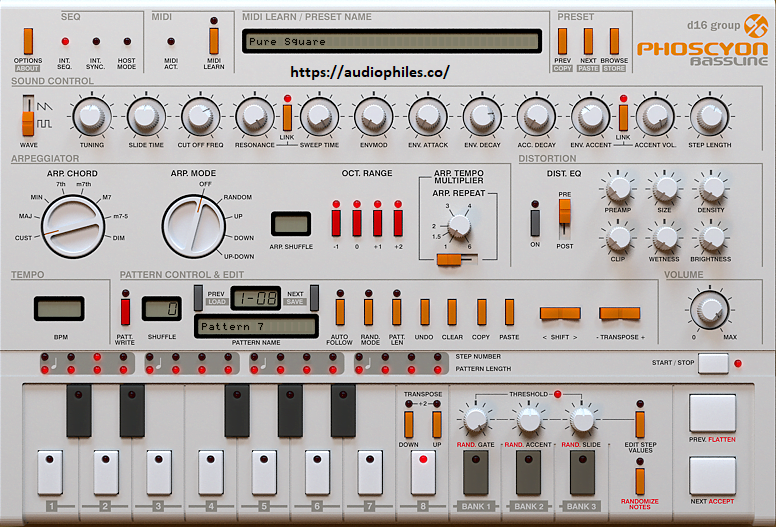 D16 Group Phoscyon is an emulation of Roland’s iconic TB-303, a squelchy bass synth from the early 1980s. This little monophonic synthesizer, which was initially created as a bass companion for practicing guitarists, would subsequently have a significant impact on the creation of numerous dance music subgenres. The TB-303 has become one of the most sought-after vintage synths in recent years, over three decades after its release.

The TB-303 is perhaps one of the most widely used instruments in electronic music, whether or not you enjoy its sounds. I’m reminded of songs by Aphex Twin, FSOL, Squarepusher, Chemical Brothers, Acid Junkies, Josh Wink, and many more when I browse Phoscyon’s soundscapes. The 303 still sounds timeless to me, despite occasionally being abused.

If you’ve ever listened to electronic music, the D16 Group Phoscyon synthesizer plug-tone in’s will sound instantly familiar. This is due to the fact that it is an accomplished imitation of the vintage 303 bass-line synthesizer. On the other hand, you won’t need to spend weeks learning how to program it, unlike the original hardware synth. You can access a potent arpeggiator, an aggressive-sounding distortion effect, and classic 303 bass tones with Phoscyon. The D16 Group Phoscyon synthesizer plug-in makes it simple to produce recognizable throbbing bass patterns. 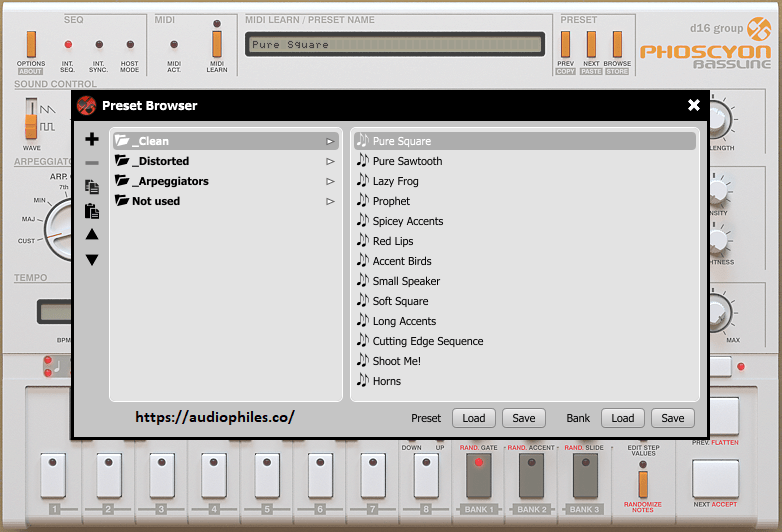 Phoscyon manages to come up with a few shocks despite not having a really novel idea. The most noticeable but least important of these is the interface design, which is quite striking. The lifelike appearance works nicely and certainly distinguishes it from the competition. Phoscyon offers an unmatched sound along with cutting-edge features like the most accurate 18db/oct low pass filter ever made, a state-of-the-art distortion unit, a fully user-configurable BPM synced Arpeggiator and Randomizer, a special “Play Live” mode, vintage arrangement and pattern builder, full MIDI CC support, and more.

Phoscyon is therefore quite adaptable in terms of sequencing, but its selling point will be the synth sound. It’s unlikely that this attempt will convince synth aficionados, who are notoriously difficult to satisfy with software copies, to use a 303 clone. However, it’s possible that you’ll find Phoscyon convincing enough if you don’t have a deep understanding of the actual hardware. You can only use square or saw waves, and there is just one filter with the 303’s distinctive 18dB low-pass response, which is quite accurate to the original hardware.

You can choose between internal and external sequencer mode at the top of the screen (when internal LED is off). When using the internal sequencer, it can be synced to the host tempo or the internal clock, which ranges from 30 to 300 bpm. Phoscyon contains 96 patterns that may be started in Host mode by MIDI notes; this makes it ideal for live performances. It is incredibly easy to connect Phoscyon’s parameters to your external controller using the new MIDI learn system. Click the MIDI learn button, make a controller and Phoscyon control adjustment, and you’re good to go. Your personal MIDI CC maps can also be saved. 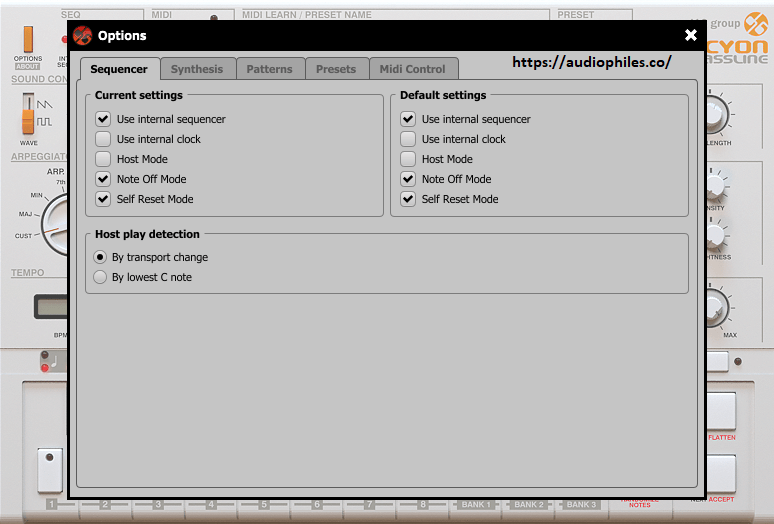 The presets section is located in the following section. The parameters for the sound, arpeggiator, distortion, and volume are stored in presets. You can save and load the 128 presets that Phoscyon can keep per bank. Presets can be stored in groups in the built-in preset manager, a useful tool that makes it simple for you to locate the sound you’re looking for.

The sound of Phoscyon is produced by two oscillators that faithfully imitate saw and square waveforms. D16 has mimicked even certain oscillator tuning modes. If you set it to vintage or low battery mode, you’ll get de-linearized tuning for some vintage detuned sound, however the accurate mode by default has linear tuning across the scale. The distortion and arpeggiator will make this synth popular with the hard dance scene in particular, despite the fact that it is by no means ground-breaking. Phoscyon offers a lot more than a typical 303 clone, and for the money, it’s the most alluring option available.

It’s a fun synth with a large sound that begs to be adjusted and then modified some more, acid imitation and all. Despite having a limited range, it excels at what it does and is incredibly cost-effective. unquestionably worth a try. Nobody does TB-303 better than D16 Phoscyon.