When it comes to their instrument, violinists are extremely precise, and having the best strings available is crucial to their performances. It makes sense that a high-quality violin should have high-quality strings. The strings do not, however, endure long enough to guarantee flawless tonal qualities every time you play. No of how frequently you play your violin, it needs to be replaced at the very least every nine to twelve months. Although some violinists need to replace their strings every three to six months to get the sound they want.

Strings are not all made equal, it is true. Sometimes, the type of material will also play a role; certain materials have a longer lifespan than others. Whatever the case, it is recommended to use violin strings that are appropriate for the violinist’s skill level. The best teacher for violin playing is experience, as even the most accomplished players have specific string needs that may not match up exactly with those of novices.

While some violinists continue to play with the same strings they have been using for years, others are continuously looking for new strings that can enhance the tone of their instrument or make playing more manageable. Today, there are many options available to string players when selecting violin strings, including a plethora of E strings that are plated with platinum, gold, and silver, among other materials. It is probably unrealistic to try every string on the market in search of the perfect set, but you can make an educated guess about a string’s sound by being aware of the characteristics of its core and winding materials, string tension, and the overall tonal and playing characteristics of each brand. 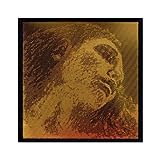 The majority of string players who use synthetic core strings have favoured the Pirastro Evah Pirazzi string set. The Gold Strings, a new set, was added. The issues that some violinists had with earlier iterations of the Pirastro Evah Strings—which they claim introduced too much brightness and high tension—should be resolved by this set of strings. All those problems were intended to be resolved by the new building and design. These new strings have a break-in period that is significantly less than that of the Evah Pirazzi and even the Obligato, which is wonderful for players. They have outstanding tuning stability and are overtone-rich. The Gold G-string has a round, rich sound and is wound with 100% pure gold wire.

One of the top brands for the production of violin strings is Pirastro. The name itself has come to stand for unsurpassed excellence. German artisans have been producing them by hand since 1798. This is the way to go if you want to go all out and treat yourself to a violinist one day. The violin will sing with a set of Pirastro Violin Evah Pirazzi Gold strings. These strings are intended for professional musicians. They are produced to almost flawless standards and have one of the cosiest sounds you will ever hear.

They will provide an audience with a sound that is superior to what most strings can provide. The sound captures every tiny detail of the player’s delivery and flair while still being soft and full-bodied. They will provide you with a golden tone, as the name suggests.

The quality will be evident to any professional musician, especially soloists. These are a full-size set of medium-gauge strings. The ball end fitting is present on every string. Stainless steel makes up the “E” string while aluminium with a synthetic core makes up the “A” string. The “D” is silver wound and has a synthetic core, and the “G” is gold wound and has a synthetic core. Of course, it goes without saying that a product of this calibre is not inexpensive. They are pricey. But you will receive value for your money in terms of sound quality. These are the Best Violin Strings in 2023. 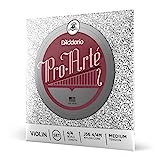 Anyone who plays a stringed instrument is likely familiar with D’Addario. They were founded in Salle, Italy, in 1974, and are now situated in New York, with the UK serving as their European headquarters. They have made strings for years and have developed a great reputation. The CEO is a D’Addario family member, and the company is still run by a family. Medium tension, full length, and size describe the J56 Pro-Arte string. It is equipped with a ball end and is 13 inches in playing length.

These strings have a synthetic core in their construction. This firstly produces a pleasant and mellow sound from the strings. Some guitarists believe their sounds are “black.” When they perform certain pieces of music, it is what they are trying to achieve. The fact that they are less sensitive to fluctuations in humidity and temperature is the second advantage of such a construction procedure.

Internal and external environmental factors frequently have an impact on violins and other stringed instruments. At times, the warmth and humidity can cause havoc. These are less vulnerable to those circumstances. The configuration of the strings also ensures that they will break in rapidly and reach their peak performance quickly.

Compared to certain other strings, they are produced with a lower tension. This may significantly affect how they play and sound. They respond to the bow better and are more playable due to the lower tension. But the entire tone is also significantly impacted by it. These are definitely worth taking into consideration if you’re searching for strings that have a mellow, pleasant tone. Priced at a tempting level. 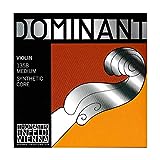 Austrian company Thomastik-Infeld is situated in Vienna. For more than a century, they have produced strings and rosins for fretted and bowed instruments. They are renowned for their string called “Dominant.” One of the first Perlon design strings is this one. In place of gut strings, perlon-core strings were developed. They are items made of nylon. They do have a tone of high quality and warmth that is quite similar. However, they lack the prolonged playing-in period. Other synthetic strings are now judged on their playability and quality in comparison to The Dominant. The business is well recognised in the violin community and frequently regarded as the producer of the highest calibre violin strings. Excellent quality strings are produced as a result of their meticulous attention to detail.

This set’s ‘E’ string is made of aluminium and steel, but the ‘A,’ ‘D,’ and ‘G’ strings all have flexible multi-strand Perlon cores. A and D have an aluminium winding, while G has a silver winding. All of them have ball ends. They very closely resemble the sound of a gut string in terms of their audio output. However, it is more practical because it avoids some of the issues that gut strings may have.

Their history and reputation in the violin string industry, these must unquestionably be regarded as among the top quality violin strings. They are wonderful for beginners since they will enable them to generate a fantastic sound. They are also incredibly strong. These strings are an appealing option because they are priced at a very fair level. 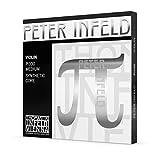 In order to get another string choice from Thomastik, we travel back to Vienna, which is a good location to be if you play the violin. Given that it bears the name of the guy who oversaw the company for many years, it is a particular set for the corporation. Until his passing in 2009, he served as its founder and leader. What greater tribute for such a dedicated and passionate musician than to have a violin string named in his honour?

These strings were created with the professional musician in mind. Modern manufacturing techniques have been used to produce a fun and fulfilling playing experience. not just for the player, but also for the audience. They were created for solo performances with quartets, solo recitals, and orchestras. They must thus provide a fantastic sound, which they do.

They have great sound quality without sacrificing projection. One of the major violin string producers has succeeded in this. They provide a tone that is deep, warm, and dark with excellent quality. These strings have a wonderful tone and personality. They can be played to produce a loud, resonant sound. Alternatively, they could be subtle and light, allowing the performer a broad variety of repertoire choices. The previously described projection is powerful enough to soar above an orchestra and reach the rear of any auditorium. They might be subtle and blending, or they can be powerful and dramatic.

The ‘E’ string is platinum-plated, and the ‘A’ string is wrapped with aluminium. The letters “D” and “G” have silver wounds. They all have the Perlon synthetic core for which Thomastik is renowned, with the exception of the letter “E.” They are not the most affordable choice, but the quality is excellent.

The excellence of these strings is a tremendous testimonial to a man who made sure the company upheld its standards and principles. These are unquestionably among the Best Violin Strings for Professionals available.