With so many alternatives on the market, finding the best DVD recorder might be challenging. But one thing is certain: they are significantly less expensive than cable and satellite boxes. Also, by turning stored media to a physical disc, several of our best options might help you free up space on your hard drive.

DVD recorders are optical disc recorders that save video to writable DVD medium. A 650 nm (red) laser is typically used to read and write DVDs. They allow users to customize their video libraries. You can also make copies of your favorite movies and shows. Furthermore, some recorders include the option of editing the program and deleting any ads before burning it to a CD. They are available in two varieties: standalone and computer or PC-based. Most computer systems now include DVD recorder drives that can read and write CD-R and CD-RW media. All major formats, including DVD-R, DVD-RW, DVD+R, DVD+RW, and DVD+R DL, are supported by the majority of standalone recorders. To boost convenience, some standalone recorders include a hard-disk based DVR (digital video recorder) as well as built-in DVD authoring software. However, not all recorders adhere to the same set of guidelines.

The Magnavox DVR/DVD recorder has the most memory on this list, with over 500 hours of recording footage and up to eight hours in HD. It has a 500GB hard drive and can record or export to DVD, making it a user-friendly product.

The MDR-867H/MDR868H are DVD/Hard Drive recorders with two tuners, allowing simultaneous recording of two channels (one on hard drive and one on DVD) as well as the ability to record one channel while watching a live channel. The built-in tuners, however, will only receive over-the-air digital and HD TV broadcasts and are not compatible with cable or satellite. It excludes the reception of analog television signals. On the other side, you can use the hard drive to record high-definition programming (DVD recordings will be in standard definition). Non-copy-protected recordings from the hard disk can be dubbed to DVD (HD recordings will convert to SD on DVD).

If the 1TB (867H) or 2TB (868H) hard drive storage capacity is insufficient, either machine can be expanded by a suitable USB hard drive. The Seagate Expansion and Backup Plus Series, as well as Western Digital’s My Passport and My Book Series, are recommended by Magnavox. The incorporation of both Ethernet and Wi-Fi connectivity is another unique feature.

Using a wireless home network and a free downloaded app, consumers may watch live TV or hard drive recordings received by the MDR867H/868H’s tuners, as well as download up to three recorded programs from the hard drive onto compatible smartphones and tablets. Despite its network connectivity, the MDR868H does not support online streaming services like Netflix.

The MDR868H can record (DVD-R/-RW, CD, CD-R/-RW) and play (DVD-R/-RW, CD, CD-R/-RW) discs HDMI and Digital Optical audio outputs are included, as well as a set of composite video/analog audio outputs for connecting to older TVs. The MDR868H has two sets of Composite video inputs, as well as analog stereo RCA inputs (one set on the front panel/one set on the back panel) and a front panel S-Video input for analog recording (very rare these days). This is the Best DVD Recorder in 2023. 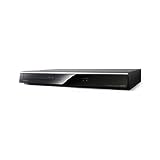 This is a low-cost DVD recorder with useful features. The Toshiba DR430 has Auto Finalization for DVD-R/-RW and +R/+RW format recording, a front-panel DV-input for attaching digital camcorders, and HDMI output with 1080p upscaling. In addition to normal audio CDs, the DR430 can play MP3-CDs. However, because the DR-430 lacks a built-in tuner, it is necessary to record television programs using an additional cable or satellite box. This DVD recorder may be a suitable fit for your entertainment setup if you have cable or satellite, utilize a box, and have an HDTV to access the 430’s 1080p upscaling video output functionality. This is the Best DVD Recorders in 2023. 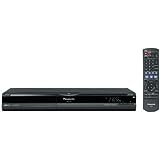 DVD, DivX, DVD-RAM, DVD-R, DVD-RW, CD, CD-R, and CD-RW are among the formats supported by this DVD recorder. The product also includes a VIERA Link feature that allows you to watch TV while recording footage. You can also use the Link screen to control playback and set timer recordings to record shows when you won’t be home.

Panasonic focuses on sound quality as well, giving 384Kbps to produce crisp tones, making it ideal for recording symphonic performances. You may also utilize the SD card port to transfer any recorded film to your laptop and reuse the discs. You can record a total of 14 hours of footage using the dual-layer discs, however this is in low-quality EP mode.

The Sony RDR-GX300 DVD recorder has a five-hour recording time and six recording modes to change the recording quality and enlarge the memory on your disc. This DVD recorder also includes an Electronic Programme Guide that makes it simple to choose a show to record, making the device extremely user-friendly.

You may reuse your discs with this DVD recorder because it has several recording sources, including DVD RW and DVD-RW recording. The device also has a Video Recording mode, which allows you to do things like make a playlist, change the original title, and remove commercials. You can also record and replay at the same time, allowing everyone in the house to enjoy TV at the same time. 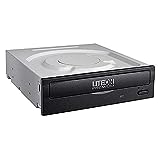 The Lite-ON burner recorder has 1GB of RAM and can record up to eight hours of video. It also generates distortion-free audio. This recorder also allows desktop computer owners to back up images and videos and convert digital material to a hard-disc format at a low cost.

Thanks to Smart-X technology, the Lite-ON burner recorder is whisper silent when recording. It also adjusts the maximum data read speed settings automatically based on the amount of footage you’re capturing and the quality of the disc. As a consequence, you receive the best possible footage. When you connect the device to your PC, it works with most Windows laptops but not with Apple devices.

This product includes both DVD-R and DVD+R discs, you can improve the speed of your recordings. Because the gadget is equipped with an ABS system that prevents vibration and noise when recording, you can use it in peaceful places or late at night.

What DVD formats can I record to?

There are several recordable DVD formats, each of which is slightly different from the others. DVD-R and DVD-RW are the two most prevalent formats, with the main distinction being that DVD-RW may be deleted and rewritten whereas DVD-R can only be written and finished once.

Can I put more than one movie on a DVD?

While it depends heavily on the size of the movie file you’re burning, you can sometimes fit up to five movies on a single DVD-R. It’s worth noting, though, that when you burn a DVD, you just get the MKV file and not the bonus content, subtitles, or commentary tracks. When creating a DVD, you can include these extras, but everything you add takes up capacity that could be utilized for more video files.