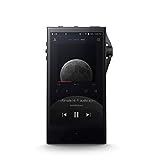 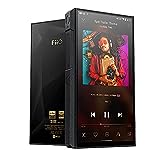 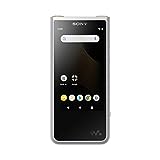 Do you enjoy listening to music while on the go? Naturally, you’ll need a music player that can keep up with you. This powerful equipment must be both portable and lightweight, as well as sturdy. There are numerous factors to consider while evaluating the best digital audio players, as music is one of the most significant aspects of many people’s lives. Music players come in a variety of sizes, shapes, and designs.

Fiio has dominated the low-cost DAP market for a long time, but in recent years they have expanded their product line and are now considered one of the greatest music player and amplifier makers on the planet. The M11 Plus is the company’s newest mid-priced model, and it’s definitely their finest value for money.

The M11 Plus can play a variety of high-resolution audio formats, including DSD, DSF, and DFF. PCM: APE: Flac: WAV: AIFF: ALAC: WMA: PCM: MP3: OGG: ACC: PCM: APE: Flac: WAV: AIFF: ALAC: This music player has a lot of power for its size and affordability, and it can compete on sound with many of AK’s entry-level products. The user interface is less polished, but it’s still a steal. Take a look at this list of specifications.

The FiiO M11 isn’t just a fantastic player; it follows in the footsteps of two other fantastic players, the M7 and M9. FiiO seems to introduce a new DAP every month or so – or so it seems – but the M11 is the best thing they’ve ever manufactured. Everything comes together in their products to make them so appealing. We enjoy the confident and precise sound, as well as the modified Android operating system, which will be instantly recognizable to everyone who has ever used a smartphone. The 18-million-color screen is stunning, and the player’s sheer quantity of settings clearly outclasses HiBy and iBasso versions. This is the Best Digital Audio Player in 2023.

The SA700 from Astell&Kern pays homage to the AK120, one of the company’s first high-resolution digital audio players (DAPs). While the SA700 pays homage to the past, it’s also a forward-thinking statement piece with precise industrial design and a sound that’s so excellent and seductive that it’s possibly my favorite high-resolution DAP to date. The SA700 is the first DAP to utilise two of AKM’s AK4492ECB DACs under the hood. This DAC can decode PCM files up to 32 bits/384 kHz natively and supports DSD256 without converting to PCM.

The player comes with a free MQS streaming server for Mac and Windows that is DLNA-compatible. The MQS server will search your computer for music files and organize them by artist, album, genre, and other criteria. The LED ring acts as a visual signal in a variety of situations. You’re playing a 16-bit file in red, a 24-bit file in green, a 32-bit file in blue, and DSD in purple.

The SA700 from Astell&Kern is more than a high-resolution digital audio player; it’s a musical experience in design and function. The device’s combination of industrial design, visual motifs, and excellent audio quality makes it possibly my favorite portable music player to date. The SA700’s articulation, authority, and musicianship never failed to impress me. Of course, all of this will set you back a significant sum of money: $1,299 to be exact. Give the SA700 an urgent tryout if music moves your soul and you crave for a high-res DAP that will make your valued high-end headphones sing. You will not be let down. This is the Best DAP in 2023. 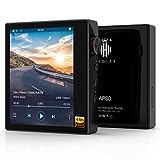 The Hidziz AP80 Pro is an ultra-portable hi-res music player with functionality seen on larger DAPs. It’s designed for folks on the run who don’t want to carry around obscenely enormous music players. It’s compact and unobtrusive, but it’s powerful enough to power most high-end IEMs. The all-metal body feels quality and robust, and it comes in three different colors to match your personal taste (Black, Blue, Silver). The right-hand side features music playback control controls that allow you to play, pause, and skip tracks. A little volume pot sits just above it, allowing you to fine-tune your listening settings.

The AP80 Pro supports a wide range of high-resolution music formats, including native DSD, thanks to its dual flagship ESS Sabre DACs. On the bottom, there are dual outputs with a 3.5mm headphone connection and a 4.4 mm balanced point for people who want power from both channels. The battery lasted for 8 hours balance and 12 hours regular throughout our assessment, and storage can be increased to 512GB via the microSD card slot.

The Hidizs AP80 is an excellent illustration of the high quality available at the cheaper end of the DAP market. It all begins with file compatibility and sampling rates. The AP80 has a great operating system and supports a wide range of file types up to 32-bit/348kHz (the top-rated FiiO M9 only supports 192kHz). While the FiiO M9 is a better overall choice, at this price point, the Hidizs AP80 is a clear winner. It’s an improvement over the original AP60 in our opinion, and while it’s not a comprehensive redesign, it checks all the boxes. We were tempted to include the adorable Shanling Q1, but in a world where the AP80 exists, we know which one to choose.

If you have sensitive headphones or IEMs, you should probably avoid the AP80 — we picked up some noise in our tests that felt like a carryover from the AP60. We had a lot of fun with this little gem, despite the problem. If you’re looking for a low-cost DAP, this is one to consider. It’s fantastic. This is the Best Digital Audio Players in 2023. 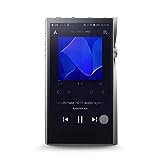 The trick is that you’re getting two high-resolution music players in one gadget. The SE200 is a DAP with several DACs. On the inside, this implies there are two DACs that can be switched to work independently. You have the option of using dual Sabre DACs or an AKM chip, each with its own independent amp section. It sounds fantastic, easily among the greatest in the world right now, and it also looks stunning.

When paired with poor sources, sensitive in-ear headphones generally suffer. The Astell&Kern A&futura SE200 is the one to opt for if you have a truly demanding pair of IEMs. The quality of digital audio players these days is generally superb, and you’re unlikely to have troubles in this area. It was the quietest DAP we tested, even with earbuds, but it had a reputation for being too sensitive, similar to those from Campfire Audio. It also helps that the SE200 has a lot of functions and sounds great.

It isn’t always smooth sailing. While having a variety of output options—there are four—we don’t believe the sound quality is consistent across them all. The arrangement is unique, with two DACs (one from ESS and the other from AKM) feeding their own sets of outputs. To be honest, the ESS one seemed extremely antiseptic to us, so we avoided it. Given the price of the twin DACs, the SE200 is only recommended for those who wear sensitive IEMs.

MQA files are used by Tidal for its high-resolution audio content. Several DAPs can handle the file type, but none do it as well or as stylishly as Sony’s NW-ZX507. The audio quality is never tiring and provides a wealth of dynamic detail. One of the most intriguing aspects of this DAP is that it has a digital tape image that shows everytime you play music, similar to the original Walkman. It’s entertaining to have about, and we like the laid-back tone. Sony excels at this, and we have yet to hear a device from them that falls short.

The major issue with the NW-ZX507 is that it costs a lot of money for nostalgia. For a little more money, you can get the amazing iBasso DX220, which sounds just as good. Although it lacks the nostalgia element, it manages MQA almost as well. Although the hefty price may put some people off, we believe the NW-ZX507 is one of the greatest DAPs available right now. 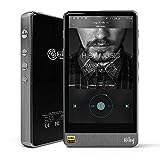 The HiBy R6 Pro is an improved version of the R6. It has a new amplifier stage, a redesigned output section, and a new operating system. More than anything else, it’s the last one that makes the cut. The R6 Pro runs Android 8.0, also known as Oreo, which is extremely quick. It’s far superior to the operating system on the otherwise excellent FiiO M11, and the upgraded amp section and DAC chip help it sound crisp and clean.

However, a DAP this pricey should not cause noise problems with sensitive in-ears. There was some audible hiss on the models we tried, including the Campfire Audio Andromeda, but it was barely detectable. Given that this model costs nearly twice as much as the M11 and the M11 has no noise issues, this is a bit of a red flag. Regardless, the R6 Pro is a fantastic player that deserves to be included on our list.