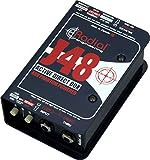 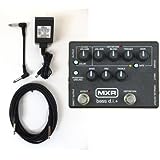 So, what exactly is the purpose of a DI box? In order to meet the studio demands of the time, DI boxes became popular in the 1960s. When recording a variety of instruments in the studio, active di boxes and passive di boxes alleviate a typical problem.

They can transform a high-impedance signal into a low-impedance signal. This practically means that the DI box may raise the signal intensity from pickup-equipped instruments like an electric guitar or bass. Because the DI can deal with ground loops, this is a tremendous benefit for sound engineers because it means they have a healthy audio source to work with and less noise to worry with.

DI boxes are available in both passive direct box and active di box configurations. Active DIs, by definition, require some form of power. A battery, power supply, or even +48 phantom power could be used. Active DIs include a built-in preamplifier, which, in addition to providing additional headroom, eliminates the risk of signal loss when using long connections to and from your instrument.

If you know a lot of other musicians, there’s a good chance you’ve seen a Radial Engineering product or two. They are a 1992-founded Canadian firm with a long list of renowned user identities. To mention a few, Rush, Springsteen, Joel, and McCartney are among them. However, there are a few products for which they are well-known and recognized. The Radial J48 DI is one among them.

This DI is powered by phantom power, which comes from an XLR wire connected to a recording console or an interface. This has the advantage of not requiring its own power supply, which can lessen the likelihood of unwanted sound problems from acoustic guitar. It is made of welded t-beam structure and is a sturdy little item. It’s all set to hit the road or recording studios, where it might take a few bumps.

The basic controls are on the front edge of the box, rather than on top, which protects them from damage. They’re well labeled and simple to use. It contains a -15dB pad switch, as well as a Ground Lift and a high-pass filter. There are also merging controls on the left and right, as well as a polarity control. Because it has a lot of headroom, you won’t receive any of the severe clipping that certain DI boxes can give you.

There are drawbacks, as with most things, and if your pickups are poor, the Phantom power may not be enough to drive the signal efficiently, but this is more of a problem with your bass than with this unit. Also, considering the price, it isn’t the lowest choice we’ll consider for home studios, but quality rarely comes cheap. This is the Best DI Box in 2023.

This pedal, like all MXR pedals, is built to last. Despite its tough appearance, it measures 5.75 by 4.5 by 2.75 inches and is rather tiny. It is 1.5 pounds in weight. However, a quick glance reveals that this is more than just another bass DI pedal. There are numerous controls. However, because they were positioned in a convenient location, they are still simple to utilize.

MXR has a long and famous past. The MXR Phase 90 was their first commercially available pedal when they were founded in 1972. This was a very popular pedal, and it was used on the first two Van Halen albums. MXR is a well-known effects pedal manufacturer, and it’s not uncommon for them to incorporate a few sound surprises. This unit is no exception.

It can match the impedance for you and has adaptable multi-functionality for transmitting to an amp, XLR out, or decreasing to 14 inch once again. It offers a phantom power option for your XLR DI, as well as a direct and parallel output. Despite the inexpensive price, the connectors and the box itself are of excellent quality.

A three-band EQ, as well as a distortion channel with blending, are included. A noise gate is also included to help keep the signal clean. To add to the mix, the distortion has its own gain and volume controls. It has parallel output to make routing more versatile. There is also a volume control for the Clean channel. This is the Best DI Boxes in 2023.

This is a well-known DI box for its tone. They developed the circuitry to closely resemble the sound of a classic tube amplifier. Several musicians, especially professional bassists, believe that this actually improves the straight tone. As a result, if you enjoy the sound or are searching for a DI to go with it, this is the one for you. It is not the most compact of devices, measuring 2 by 6 by 9 inches and weighing 1.2 pounds.

This is a working DI. Some active DIs have a harsh tone, but not the Countryman DT85; it produces a warm, smooth sound. It’s equally comfortable working with active or passive pickups. It has a ground lift switch and runs on phantom power. This is a DI box that some bassists may like. An active DI isn’t for everyone, and it’s also quite pricey, but it does have a distinct sound that you won’t find in any other DI box.

The Samson MDA1 is a fantastic little DI box that comes at a reasonable price. It’s in the $50 range, but it’s well worth the money. It’s tough and has a few great features that other competitors in this price range don’t have. The “Thru” output, for example, is ideal for guitar and bass players on stage or in the studio. This allows you to transfer two signals from the DI to a mixing desk or an amplifier.

The Samson MDA1’s ground lift is quite good at reducing ground loop buzz. There’s a two-position attenuation switch, which comes in handy if you’re dealing with a variety of instruments like electric guitars or keyboards. The MDA1 is simple to operate and durable. It’s an excellent direct box for recording and live performances. 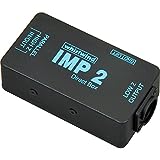 The Whirlwind IMP 2 is a high-end DI box designed for professionals. An in-line transformer converts an unbalanced line or instrument signal to a low impedance mic-level balanced signal. This DI doesn’t have a lot of extra functions, but the sound it produces is excellent. It’s made to last and works well with guitars, basses, and keyboards. This is a wonderful alternative if you’re looking for a simple but efficient passive DI for use on stage or in the studio. It’s made to last, as seen by the majority of online reviews. The ground lift can assist in removing buzz or hum in a variety of scenarios. Overall, a solid high-end DI box.

It’s a simple, straightforward method for converting and balancing your 14 input into an XLR output. It’s a passive choice that’s ideal for working with instruments with high-impedance pickups. It features a practical design and is well-constructed, with a small footprint. Lowering the drive of a higher-output instrument to a lower-line balanced signal works very well. The whirling TRHL transformer, which is unique to the company, is riveted to the chassis. It works well with both guitars and keyboards.

The DI400P is a passive DI designed for a variety of instruments on stage or in the studio. This DI was created to handle instruments including electric and acoustic guitars, bass guitars, keyboards, and many others. It has a sturdy metal housing and is well-made for gigging. It has a user-friendly design that makes it simple to use. It features parallel input/output possibilities, which offer it a little more versatility and allow it to be used in more applications. A Behringer OT-2 transformer with a flat-tuned response for better signal and impedance matching is housed inside. It has a crucial ground-lift switch for preventing loop difficulties and ensuring that there is no hum.

Behringer has included a Thru output on the DI400P, which can be used for signal splitting. You can use the Thru to send one unbalanced signal to a guitar amp and another balanced signal to a mixing desk. For the gigging musician, the Behringer DI400P is a decent DI. It is reasonably priced and well constructed. Some reviews have complained about incorrect jack input, however we can’t claim that this is an accurate indication of the product’s overall quality.

The DI400P benefits from Behringer’s OT-2 transformer, which provides a highly flat frequency response. When used with Behringer’s signal matching technology, you receive an extremely clean and low-noise audio signal. A ground lift switch is also included to eliminate any undesired ground loop hum or hiss.