By today’s digital standard, analog summing mixers may appear outdated, but the sound they can bestow on a signal makes them more important than ever. Although digital processing offers many practical and time-saving benefits for engineers, it lacks the appealing auditory characteristics that analog routing and processing are known for.

With that in mind, let’s take a look at some of the best analog summing mixers for enhancing the sound quality of your digital mixes. Some of these mixers are unquestionably more expensive, but we wanted to focus on the mixers that produced the finest sound, regardless of price.

It’s also worth noting that, while the mixers at the top of our list are deemed better than some of the others, this list isn’t in any particular sequence from good to best. The best analog summing mixer will be determined by your specific requirements and the sound you want to achieve. To figure out which one is best for your studio, think about your particular preferences and mixing demands. 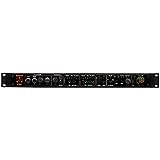 The original D-BOX is used in project and professional studios all over the world. It has received numerous awards for its practical combination of analog summing and monitoring. Thanks to an enhanced summing mixer, more speaker outputs, mastering-grade D/A, Bluetooth connectivity, remote control, and more, the D-BOX+ outperforms its predecessor. This important box will help you get that elusive “glued-together” sound, and you’ll hear your mixes as you’ve never heard them before – it’s one of the simplest ways to take your project studio to the next level. The D-BOX+ should be the focal point of your studio.

When most people think about Dangerous Audio, the first thing that comes to mind is analog summing. After all, with their pioneering 2-BUS in 1999, they pioneered the standalone analog summing mixer, and the first D-BOX launched this fascinating technology to project studios all over the world. The updated 8-channel summing mixer in the D-BOX+ is certain to give your mixes new levels of headroom, dimensionality, and clarity. Invest in the D-BOX+ and your panning will improve. The use of reverbs and delays will become more interesting. The bass will be punchier, the mids will be more detailed, and the highs will be more open. Your mixes will be elevated with the D-BOX+.

The D-BOX+ is similar to the central area of a large-format console. It allows you to route and switch your studio’s analog and digital inputs and outputs. Analog stereo, the internal 8-channel summing mixer, USB, AES/SPDIF, and a wireless stream from any Bluetooth-enabled device are all available as input sources. The D-BOX+ also comes with three stereo speaker outputs that may be set to mono or incorporate a subwoofer. You may also utilize the third output as a source for a separate sub with its own level and mute controls.

You’ll hear everything whether you’re positioning a mic, changing an EQ, or producing a final master. Advanced clock stabilization, top-of-the-line chipsets, and audiophile-grade analog circuitry combine to create a D/A that is both strong and subtle. You can rely on it to offer actual mastering-grade quality. You’ll also receive a pair of top-of-the-line headphone amplifiers that deliver clean, strong, and precise sound that’s ideal for fine-grained quality control listening. You’ll enjoy crystal-clear audio fidelity and flawless performance across the entire feature set thanks to D-no-compromise BOX+’s design.

With the D-extensive BOX+’s routing capabilities, you can maximize the possibilities of your studio. With three independent speaker outputs and a programmed speaker selection, you can take control of your monitoring. An integrated talkback mic with push-button activation is included. The free D-BOX+ software for macOS, Windows, iOS, and Android gives you remote control over all of the D-primary BOX+’s functions (volume, dim, talkback, I/O select, and more). The D-BOX+ is an excellent focal point for any studio. This is the Best Analog Summing Mixer in 2022. 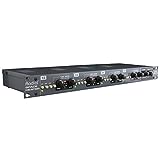 The Radial Space Heater is an 8-channel stereo summing mixer featuring 12AX7 tubes for sonic excitement that may give your music remarkable depth and harmonic richness. Sweetwater’s recording professionals know that summing in the analog domain rather than in your DAW is the best way to create that big-console sound. Variable tube overdrive on the Space Heater lets you add everything from subtle transformer warmth to rich harmonic distortion. The Radial Space Heater will provide a terrific sound to your projects, from gluing different drum recordings into a coherent kit to mixing down your final stems.

It’s difficult to beat the unquestionably rich and deep sound that summing in the analog world is known for, regardless of how well you record your tracks or how you approach your mixes in your DAW. Instead of investing in a huge analog console, DAW-based studios might choose a summing mixer like the Radial Space Heater. Variable tube overdrive is ideal for adding sparkle to vocals, depth to acoustic instruments, and even full-on distortion for extreme effects, thanks to the transformer-coupled outputs. You’ll be impressed with the results if you send your stems through the Space Heater and then record the stereo mix back into your DAW.

The Radial Space Heater allows you to adjust between 35-volt, 70-volt, and 140-volt operation, as well as variable tube overdrive for each stereo input pair. Switch to 70 volts for cleaner headroom and a smoother sound, or use the 35-volt preset for maximum grit and distortion. Switch to 140 volts when you want the cleanest headroom. You may separately tune the voltage for each stereo input pair, allowing you to give rock vocals gritty overdrive while providing bass and drums plenty of clean headroom for a deep, powerful sound.

The Radial Space Heater is ready to be a studio workhorse just by looking at the back panel. Each of the eight channels can be configured as a hardware insert, allowing you to transmit individual tracks to the Space Heater for tube saturation and transformer warmth. Run your stems through the Space Heater and record the final stereo mix to your DAW once your individual tracks are flawless and you’re ready to compose your final mix. The Space Heater is a clever mixture of four excellent tube/transformer modules, as well as an analog mixer. This is the Best Analog Summing Mixers in 2022.

The Cranborne Audio 500R8 demonstrates how the future and the past can coexist perfectly. It has a zero-latency audio interface and a high-performance A/D-D/A converter on top of a fantastic analog summing mixer. When you add in a very intelligent modular design, it’s a perfect no-brainer.

The 500R8 has a whopping 28 inputs and 30 outputs, all of which can be connected to your DAW through USB. An inbuilt studio monitor controller allows you to switch between two different sets of speakers while keeping an eye on the HD LED meter’s peak levels. The 500R8 contains two independent high-quality headphone amplifiers with enough power to drive any low-impedance headphones. Built-in A/D-D/A converters provide breathtaking sound purity as well as a flawless stereo image with no crosstalk.

But, aside from a very good studio interface, it’s time to talk about why the Cranborne Audio 500R8 is on this list in the first place. Its standalone analog summing mixer lets you send 8 distinct USB sources and combine them into a single stereo track. If 8 different buses isn’t enough, you may always increase the number to 16 with a signature C.A.S.T. that delivers an output signal via Ethernet connection. Repatching with the 500R8 is a breath of fresh air because you can forget about the tangle of cables and select the source with a simple switch of a button, whether it’s an analog, C.A.S.T., or USB input.

The true apex of this wonderful audio interface is its modular design, which allows you to connect up to eight 500-series audio modules, allowing you to take your analog summing to new heights with SSL compression and vintage equalizers. Furthermore, if desired, each of the 8 USB inputs can be routed to its own dedicated module or daisy-chained together. Instead of 500-series modules, the 500R8 modular system allows you to connect full-sized 2A or 4U rack units. To be perfectly honest, there’s no incentive to do so when vintage-style 500-series preamps and saturation modules are plentiful. So, if you’re interested in the Cranborne Audio 500R8, there’s no better time than now to start your own 500-series gear collection.

If you have enough 500-series rack modules, the Cranborne Audio 500R8 is an excellent solution for someone searching for a near-perfect and incredibly capable audio interface that can also be utilized as a summing mixer. Unfortunately, the 500R8’s finest suit is also its weakest, because without those modules, using it as a summing mixer makes no sense, and purchasing a large number of modules is, to put it mildly, a costly exercise. Despite the fact that the audio interface is inexpensive. 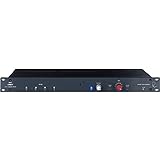 Rupert Neve is a name that very few audio recording fans and pros have never heard of. Neve was a famed recording equipment engineer and an audio electronics pioneer who created some of the world’s top studio consoles and preamps. As a result, the 5057 Orbit summing mixer has some difficult processes to complete.

The 5057 Orbit is a 16-channel summing mixer featuring unique audio transformers and top-of-the-line class-A circuitry. With DB25 inputs and XLR outputs, it’s a rather minimalistic and even simple gadget. Silk Red and Blue modes let you pick between a modern and relatively restricted saturation like that found on Focusrite devices and a more vintage sound, which is first and principally connected with Mister Neve’s legacy. Additionally, there’s a Texture control that allows you to dial in the ideal amount of desired saturation with plenty of headroom.

The distinctively built rotary fader can push any incoming signal beyond your wildest thoughts, producing a characteristic dual-tap output transformer that is claimed to be a Ruper Neve sound hallmark. This is a heavily modified output transformer that was designed for Rupert Neve’s favorite Shelford Channel. So you wouldn’t be incorrect if you expected a musical-sounding shine and really exquisite non-linearity. All of this brilliance is housed in a 1U rackmount unit that can be readily integrated with other Rupert Neve summing mixers to increase the capabilities of your DAW-centered workflow.

You may not need to explore any further than this very wonderful instrument in your search for the greatest summing mixer, but there is one very basic and ludicrous downside that may deter you. It simply lacks variety, despite its well tuned non-linearity and mild silky distortion. Yes, it’s wonderful in every sense, but the auditory palette it provides you with makes you want more over time. As a result, you run the risk of going bankrupt by collecting more and more Rupert Neve’s gear like a fanatic. After all, we all know how fantastic analog gear can be, and how it may lead to severe addiction.

The Rupert Neve Designs 5057 is an excellent alternative for anyone searching for a near-perfect analog summing mixer with two distinct audio palettes to choose from. Even though you only receive two settings, they’re more than enough to give your studio some style and dignity. This might easily become your distinctive sound because the sound it produces is hypnotic and leaves you wanting more. And it goes without saying that such excellence could not be cheap.